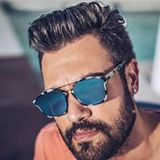 Ever since he has progressively combined these core values, to enlarge his distinctive audience. He was aware that the modern age entertainment was based on electronic dance music, which he produces and uses to showcase his perception and passion of living. This concept has quickly turned him into the most sought after DJ in the country for every stylish, upscale venue and event.

Dogus prepares special performances for each and every crowd he rules for the night. He builds his sets with the hottest global dance music tracks and impresses any audience with his flawless techniques.

He has worked as a DJ and Music Director for many top establishments in Turkey and become one of premier DJs in the country while binding Istanbul’s elite swings to his beats.