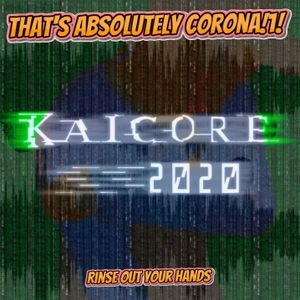 This show was 44th in the global hardcore chart.

Before Danish joined The Root Sellers, he used to DJ under his real name, Jorah Kai, as a teenager in the ‘90s rave scene in Canada. Known for mixing and live remixing on the spot the absurd and the comical with breakbeat, hip hop, drum and bass, and hardcore, his melodic stylings, and fast kicks, known as the poppy sounding KaiCore became popular in the buffet space of late-night warehouse shenanigans.

Often considered the final coffin in the rave scene and the end of the '90s, KaiCore has returned to help make Coronavirus as uncool as possible and try to end the pandemic through the airwaves.

Rinse out your hands, inside the place, as KaiCore gets Absolutely Corona!1!