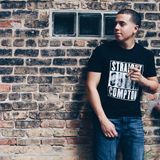 #FVCKINGUPDAGAME is the term that defines DJ Wrek. Aside from having coined the phrase, it is a lifestyle that he has embodied to become the best, inspire to be the best and give the best that he can.

He has been blessed to DJ at some of Chicago’s hottest clubs and venues (House of Blues, V-Live, Vision) to venues/shows in Minnesota (First Avenue, Soundset 2012), Miami (The Stage), Orlando, and Philadelphia (acadeMIX concert). He has also DJ’d events for celebrities and artists such as Lupe Fiasco, Tyga, Ivy Queen, Shannon Brown and Dwayne Wade, to name a few.

DJ Wrek is also known being heavily involved in the mixtape game in Chicago and has collaborated and had mixtapes hosted by Mobb Deep (The Science of War Mixtape), 2 Chainz (#F**kingUpDaGame Vol. 1) and The Cool Kids (The Cool Ass Ninjas Mixtape).

In addition he has been a recurring guest DJ on one of the top stations in the country, Chicago’s WGCI 107.5