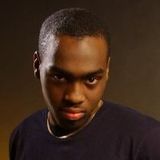 Gabriel McNeil, born on the 28th of November 1980, got the name Viper G from friends who thought he was quick and dangerous as a striker in football. Raised in a big family in the North West of London, he attended Northview Primary School and Claremont high school in Kingsbury.

Music always played a big part in his upbringing, with his father being a big time Reggae producer.

Whilst still in school he started up a sound with his brother Scales called Star Dust- this venture nurtured Vipers stance within a sound.

At around 15 Viper was going to St Andrews youth club in St Andrews Rd, Willesden, which was coincidently being run by Gussy’s dad, through this youth club he started joining Gussy and his two cousins as they were playing out, and the creation of SilverStar was being conceived.