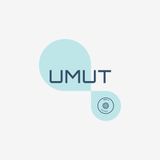 DJ Umut of his real name Umut Alpaslan was born in Portugal, where he has been living his passion for music since his teenage years. He performs as a DJ in Lisboa. In 2001, He released his first mixtape and became active in local music events. He is heading towards a real musical cocktail with multiple combinations. The songs are interpreted in Portuguese, French, Spanish, English, Creole. Attracted by Urban and Reggaeton music and jazz, but house and Latino are his color and his signature.
Since 2003, his name appeared in several nightclubs and discos such as "Lux" "Docks Club" "Bolero Club" and "Music Box" as well as in private parties.