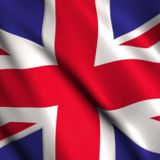 Never miss another
show from OTB

Dj True Brit aka OneTrueBrit, has over 20+ years of experience. He is well versed in many genres from House to Dance, R&B Hip Hop and 80s Funk then everything inbetween!

OneTrueBrit was fortunate enough to have had a few friends he had met during his clubbing years who now owned several bars and niteclubs across the Toronto GTA. He was lucky enough to have had the oppotunity to play in a few of these venues prior to his move to the UK.

After almost a decade of being moved on the dance floor by his favorite dj’s he admired how they were able to engage with their audience and create memorable nights and life long memories. He made the decision to get back behind the decks to reconnect with the art of mixing and choreographed his favorite tracks to take his audience his journey.

When he moved to England, he settled in Manchester for a few years and played at many venues stretching from Liverpool, Manchester, Stalybridge.