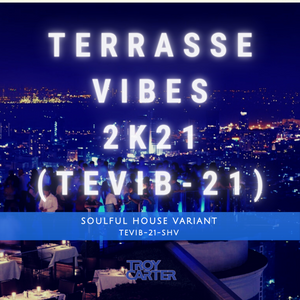 There have been widespread reports of a new viral mix circulating called "Terrasse
Vibes 2K21" or "TEVIB-21" appearing in various locations globally.

There is currently 2 known variants of "TEVIB-21", one being the "Soulful House
Variant (SHV)" and the other being the "Dancehall Drums Variant (DDV)".

Both variants have been reported to cause SADS (Severe Acute Dancing Syndrome).

The SHV variant has been reported to contain 20 cuts of Soulful House & Nu-Disco
lasting approx. 94 minutes.

Credible "Googled" sources claim that symptoms for both variants of "TEVIB-21" include
but are not limited to:

"TEVIB-21" infects via the ears and soul. Once symptoms have subsided, people want to
be reinfected again as the effects have been described as "pleasurable" and create a
need to move your body that is "insatiable".