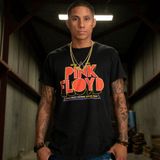 DJ Tilt is one of the most demanded DJ’s not only in Canada, but internationally as well.
Based out of Toronto, playing an open format style of music, his mixes include everything from the hottest hip-hop, house, Top 40, and everything in between. In the last decade he has built a loyal fan base in cities like Toronto, Los Angeles, Las Vegas, Montreal, Vancouver, Denver, DC, New York, Bahamas, and more.

You can catch him weekly at different clubs and events. Visit his website to see where he's playing next!