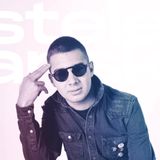 Never miss another
show from steleansky

Stelean is a bulgarian-based DJ. Since entering the scene, he has received support from some well respected artists and figures in the industry. The self-taught DJ loves the hip-hop scene and has his mind set on working his way up the music industry ladder.

Just at the age of 19 on his first party on the 22nd of December '17 he achieved major success by murdering the bar with his track selection. Since then he's been having regular gigs at most of the venues in his hometown and is known for one of the best hip-hop DJs in the small city of Shumen.

Stelean has his own Mixcloud show called "PURPLE REIGN" in which he delivers the flyest beats at the end of every month.