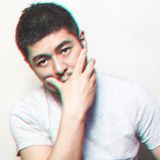 In terms of production, he released works includes “CROSS” with his cover of the top of atmospheric gay track, COME AND RESCUE ME, “OVER”, and “ Pump Up The Media ” collaborated with a well-known Italian label, “ Nukleuz “. His sound always brings HAPPINESS to the listeners and the audiences with his unique way based on House,Techno.