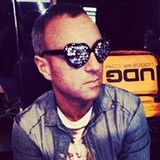 Italian-based Sergio D’Angelo has been djing and producing music for more than one decade, yet. By creating several european club anthems in the past he built up a very strong name in the clubbers scene.
In his single “I’m So In Love With You” he entrusted the vocals to non other than Solomon Burke, member of the prestige Rock and Roll Hall of Fame.
Sergio had a cooperation with the american singer Andrea Love, their single “Can’t Live Without Your Groove” has been played by many djs and radio stations all over the world. In 2011 remixed ”What a Feeling” Featuring Kelly Rowland.
Universal, Ultra Records, Purple Music, juicy Music, Airplane Records, Hotfingers, Adaptor Recordings, Le Mans Recordings are just most of the recording labels with whom he has worked until now.