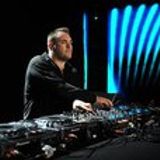 The Wildwood Disco 2021
by Seb Fontaine

The Wildwood Disco 2021
by Seb Fontaine

As dance music has matured, so too have the custodians that keep it vibrant. Anyone with even a cursory knowledge of the genre will know the name Seb Fontaine, the former BBC R1 selector who secured international acclaim as the movement exploded in the nineties and noughties. And as the scene and sounds have adapted since their genesis in the mid eighties, so too has Fontaine tweaked his own formula, forever pushing forward new music and bringing dancefloor nirvana to legions of clubbers each and every lost weekend.
His disruptive and pioneering edge is confirmed via Evermix, the revolutionary platform he helped found . These heavyweight recognitions of his understanding of how to take the dancefloor pulsating into the future are also evident with his radio show on MusicBox Radio with Tall Paul.