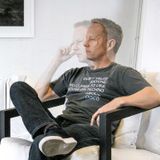 Rob Warner: The 'Shine A Light On' Mix
by Ransom NoteReposted

The Way You Chill Me
by Rob Warner

DJing since the early 1990s with leanings towards NYC house and Detroit techno. First and foremost a house DJ who also plays a bit of techno, disco, lots of obscure tracks, and always with a dose of randomness. I've played weekly for 25 years at the best underground venues in New Zealand, as well on larger events and representing touring club brands.