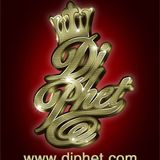 DJ Phet THE FORCE IS BACK MIXTAPE
by dj phet

DJ from Madrid with 25 years of experience playing the best black music, from Funk, Reggae, R&B to the Hip Hop hits of the moment. As a DJ, he has made club sessions and shows in the most important clubs dedicated to black music and other theaters dedicated to concerts and shows.

He is the official DJ of the most important event of freestyle in Spain like Red bull “Battle of the Rooster 05, 06 and 2007”. In Cultura Urbana Festival 2005 was in the top of a hummer, and, in the 2006 in the same festival like Dj of Hip Hop Nation in the Ecko & Hip Hop Nation scenary and Eastpack scenary, the two show was in 2 two days. In the 2007 he was in the festival of International Cultura Urbana inside of Redbull “Battle of the Rooster” and the semifinal of Sevilla in the Micro Libre Club.