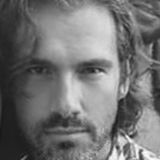 This time the set starts slower than usual, with one of the most soulful covers ever, Dionne Warwick's "Walk On By" released in 1969 (five years later) by the great Isaac Hayes. One of the most sampled songs (2Pac, Wu-Tang Clan Beyonce amongs the many).

Then from the album 'The Gentle Giant' by Yusef Lateef, its opening song "Nubian Lady". Follows, slick as he can, Edwin Starr with his "Easin' In". Then a rare and unreleased recording from the Queen of Soul Aretha Franklin, "Sweetest Smile And The Funkiest Style". It matches perfectly with the only record ever released by the Florida based band The Universals called "New Generation", from the EP "The Way A Girl Should Be".

Staying in the deep south, the setlist features Eddie Bo with "We're Doing It (Thang) Part 1", "Try It Again" by Bobby Byrd and " Engine Number 9" by Wilson Pickett.

As I often like to do in all my sets, I go with the flow and, sometimes slowly, sometimes like in this case abruptly, I change genre, this time to go to something more Disco style, although still Funky, "Hey Music Man" by Hambone, one of my favourite as it also features a fantastic harmonica.

Then, from the Nancy Wilson funkiest album Life, Love and Harmony, her most wanted song, "Sunshine", "Who Is He (And What Is He To You)" by Bill Whithers featured in Quentin Tarantino's cult movie "Jackie Brown", "I'm just like you" by 6IX actually written and produced by Sly Stone and "Wanaoh" from the debut album by funk group Black Heat, released in 1972.

Moving up north, specifically in Michigan, from Ripple, their "A Funky Song" and Darrow Fletcher with "Improve".

The setlist follows with Clarence Reid, also know as "Blowfly" with his "It Was Good Enough For Daddy", "Funky Thing Pt 1" by The Unemployed, "Getting Uptown (To Get Down)" by United 8 to then raise the tone with the immortal, number 3 on the U.S. Billboard R&B singles chart, "Soul Finger" by The Bar-Kays.

"Can I Be Your Squeeze?" by Chuck Carbo, "(Don't Worry) If There's a Hell Below We're All Going to Go" by Curtis Mayfield and "Dorado" close the set.

(English) Behind the turntables since 1992, my sets are mainly based on rare groove, funk, jazz, soul and disco, but I also like to explore the latest house tendencies, as long as they still draw inspiration from black, funk and soul music. I am based in Málaga, southern Spain
You can also follow me on Facebook https://www.facebook.com/djpaolotfrommalaga/