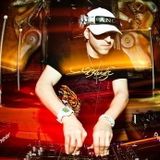 Never miss another
show from djnikis

Nick “Dj Nikis” Melahouris is a Boston based dj who originally got his start dj’ing through a friend who had a relative who owned a mobile dj business. Mostly because of his love for music and partly because he thought it would be a cool job to have. He is an open format dj, but really fell in love with edm. He has worked at several bars & clubs in Boston in that time as well. Nick’s goal from the start of all this was to have his mixes heard by people all over the world and be able to play for audiences at clubs throughout the U.S. & worldwide. You can catch him on his own show "Full of Energy" on www.party103.com . You can now also hear him on fm radio on rhythm 105.9 in Sacramento, CA doing a weekly mix for the award winning remixers The Klubjumpers. He can also be heard on www.mix93fm.com on his wekly mix called “into the am”. Stay up to date with what he has going on on facebook or twitter at www.facebook.com/djnikis or www.twitter.com/nickm_djnikis.