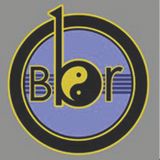 The spiritual pied piper of the Blackburn warehouse parties.

Boomtown was born around 1988, Dj-Shack played a powerful role in the infamous Warehouse parties throughout the North-West, escapism from Thatcher’s Britain.

At the time of the digital dance revolution Shack became the resident DJ at a club called the Sett End in Blackburn which became known as the first real underground temple of electronic house beats within the North of England.

The gathering then stepped forward and began the journey of the infamous Acid house rave culture, which would change the whole party scene into something that was never to be forgotten.

House music influenced positive vibrations to people who were disillusioned with mainstream society.