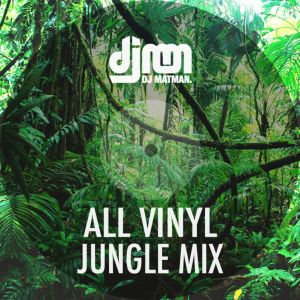 This summer I was asked to drop a mix outside of my usual comfort zone for Chocolate Bear Production's Annual Cook Out (last year I went for New Jack Swing) - and as I had a load of 90's jungle classics I love gathering dust on my record shelves, this seemed like the ideal opportunity to give them some airing.

The mix was recorded live in one take in my studio using strictly vinyl, a practise run a couple of days before the party - expect a fair bit of scratching, some sneaky mixes, a little roughness around the edges, and a whole load of classics. There are plenty of big tracks not included, so a sequel could be on the cards sometime…

NB The Roots 'You Got Me', while obviously far from a jungle track, was included for it's dnb influenced drumming during it's outro, and the fact that it's a great track to end any set with!

thanks dnb united, sure you can feature this - I see no contact email on your site but you can hit me up at info@djmatman.com

one of my all time favs for sure, thanks for listening

word! thanks for listening