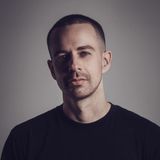 Support DJ Matman by subscribing directly to this channel and get access to exclusive rewards.

Matman co-produced the soundtrack for the IOS app ‘Skillz the DJ Game’ remixing tracks from the likes of Ministry Of Sound, Stones Throw Records, Hospital records, Ninja Tune and Om records, scooping an IGF award for ‘Excellence in Audio’ in the process.