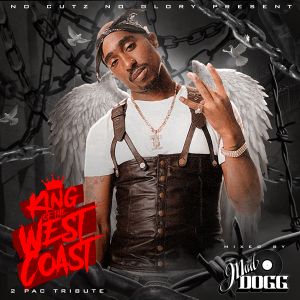 Tupac Amaru Shakur (June 16, 1971 – September 13, 1996), also known by his stage names 2Pac and briefly as Makaveli, was an American rapper and actor. Shakur has sold over 75 million records worldwide, making him one of the best-selling music artists of all time. He has been listed and ranked as one of the greatest artists of all time by many magazines, including Rolling Stone magazine which ranked him 86th on its list of The 100 Greatest Artists of All Time. Consistently ranked as one of the greatest rappers ever, he was ranked number 2 by MTV in their list of The Greatest MCs of All-Time in 2006. 2Pac is also ranked as the most influential rapper of all time.

The untouchable tupac a ultimate talent on the mic . THERE ARE A MANY THINGS IN LIFE WE LOST . BUT PAC WAS THE BIGGEST LOST PERSONALLY 4 ME.
WE OUTLAWZ DON'T DIE WE MULTIPLY.
AAAAAAIIGGHHTT
BIG AZZ KİCKİN TAPE .
MY RESPECT TO BOTH OF YOU.
MADE NIGGAZ .