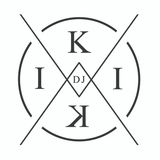 Born and raised in Rome, DJ Kiki is one of the few female DJ's in Italy, who started playing Dancehall and from there took over the urban/hiphop scene.
After an initial period in Rome as a DJ and promoter with her all-female crew ‘EasyTime’, in 2008 DJ Kiki moved to Amsterdam. In the Dutch capital she quickly made a name for herself by becoming the resident DJ at one of the main dancehall venues in Holland, Café Caprice. In the following 6 years DJ Kiki continued performing at Caprice whilst also touring in Spain, Germany, England, Switzerland, Belize and in NYC.
In 2014 she decided to move back to Rome immediately joining the biggest events promoters in Italy, Les Enfantes Prodiges & Black Time.
During her carreer, she performed alongside and opened for many important international artists such as Elephant Man, Demarco, Baby Cham, Million Stylez, Morgan Heritage, Johnny Osbourne, Serani, MOP, Mobb Deep,EPMD