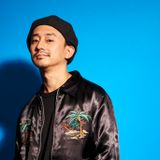 Never miss another
show from djkenta_zzpro

DJ KENTA is widely considered as one of the most up-in-coming hip hop DJ in Japan.
A native of Yokohama, Japan, DJ KENTA first started playing out at a well-known club in his hometown at 16 years old. Due to his superb sense in mixing and thousands of his play list, he gained a credit as one of the most smooth play in the clubs as expanding his base throughout in Tokyo and Yokohama.
He worked with well known DJs and artists in Japan and overseas. The list of the artists he has worked includes Black Eyed Peas, ?uest Love from the Roots, DJ Spinna, DJ Jazzy Jeff etc. One of the legendary funk band, Crazy Ken Band, appointed DJ KENTA as front act DJ for their show in Yokohama in 2008. In 2011, as a next step, DJ KENTA played one of the most hip restaurant in the meat packing district of New York City, expanding his possibility in the world.