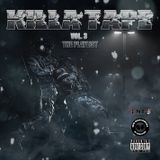 My Kinda Underground
by Dj DonorReposted

DJ Kane Cut has been djing since 1992 in the underground scene. Also known as Short C.U.T. He is well known as a battle rapper Crazy Kane in Frankfurt City Germany Hessen. "I love it when i´m on my 2 turntables and for sure that`s my way". Over the years, DJ Kane Cut chose to settle down for 12 years and take care of his family first. January 2015 and on the back on the 1`s and 2`s. DJ Kane Cut decided to express his talents as an official DJ and as a rapper.. It's yours truly DJ Kane Cut."