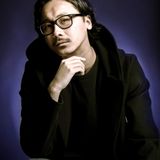 "JAG" is a DJ & Producer who plays an active part in Japan, mainly in Osaka, and now takes the world.

On July 30, 2018, the house track "Work That Catwalk" was released from Dance Music's big label "Spinnin' Records" in collaboration with Leandro Da Silva.
The track was featured in various media all over the world, including the U.S.A.'s three major broadcasters, NBC, and charted in each ranking which drew public attention.
He has also received support from many renowned artists, including Tiesto, EDX, Afrojack, Dimitri Vegas & Like Mike.