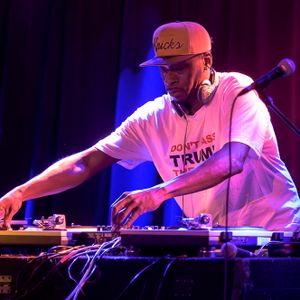 Pete Rock creates beats from samples, the majority of which are taken from obscure R&B, funk, and jazz records. Early on in his career he would also sample drum breaks such as Black Heat's "Zimba Ku" for Heavy D & The Boyz's "Letter To The Future". Pete Rock heavily used the E-mu SP-1200 as well as the AKAI [S950]—later moving onto using the MPC—for his productions. Pete Rock tends to use the samples as palettes for his beats, chopping (cutting the sample into smaller parts), filtering (altering the frequencies of the sample), and layering several samples, often within the same song. While this technique was applied long before Rock (on De La Soul's Three Feet High and Rising or the work of The Bomb Squad for example), Rock's work is distinctive for the way in which he uses samples to achieve a hazy, droning effect. He is also noted for his resonant basslines, horn samples, and gritty sounding drums. His beats often sound as though they were being played from an old vinyl record.