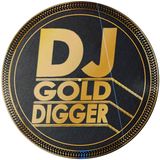 Dj GOLD DIGGER spearheaded Seminyak’s soulful music scene since hitting Bali shores in 2000. From his humble hip-hop beginnings at Loco Bar to his current role as resident block rocker at local venues such as Chandi and La Plancha, whatever he plays…it’s got to be funky.
Legend has it, Matt began DJing in the mid 90´s when he was 16 and bought his first turntables at 17. He started collecting music when he was still quite young having been influenced by his mother on the Soul and Motown side and by his dad on the rock n’ roll side. Having been raised in the northern England town of Blackpool, epicenter of the famous Northern Soul scene certainly had its influence on Matt, as did the nearby metropolis of Manchester and the iconic Haçienda nightclub where he got into groups like The Stone Roses, Happy Mondays and Primal Scream as well as Acid House and hip hop. Matt’s first residency in England was at the The Hub Nightclub in Blackpool where he ran a night called Soul City. It was here