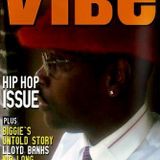 ╔═╦╗╔╦╗╔═╦═╦╦╦╦╗╔═╗
║╚╣║║║╚╣╚╣╔╣╔╣║╚╣═╣
╠╗║╚╝║║╠╗║╚╣║║║║║═╣
╚═╩══╩═╩═╩═╩╝╚╩═╩═╝
Not to be confused with acid thunder creator MC Fast Eddie
(Edwin A Smith), Eddie Scott IS Chicago's ORIGINAL (DJ F@$t EdD!e) since July 4, 1978. EdD!e had carved a distinct niche for himself in the world of underground electronic music, coming to be associated with exquisitely curated cross-genre sets and total dance floor chaos wherever he plays in DIFFERENT countries. As a producer, his reputation for bringing this knowledge to his forward thinking creations is growing all the time.
Born and raised in Chicago, the home of house music. The city's influence on EdD!e's style is deep. After attending Chicago's famous Mendel H.S. (the bi level) in 1982, a short stint at Corliss H.S. 1983-85, then finally Hillcrest H.S. in 1987 to obtain his GED. Graduated Chicago State University with a BS in 1994, married his soulmate Deatrice Ivory in 2011, & Became twice ordained as a minister in 2014 & 2015.