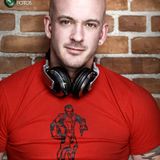 Raised in rural Wales in the United Kingdom, Steve moved to the United States in 1999 to pursue both a technical and DJ career. Starting as a DJ’s assistant on the club scene in London, he learned how to use his infectious energy to lure the crowd onto the dance floor and have fun all night long.

His unique approach to spinning was influenced by classic nightlife in UK clubs such as: Heaven, Limelight, Cream, Ministry of Sound, and Gatecrasher, and he honed his international mix grooves through frequent trips to Ibiza, Barcelona, Berlin, Gran Canarias and Montreal. His signature musical style and eclectic tastes includes vocal dance remixes, flashbacks, vocal house, electronic and trance genres with a special European club flavor, which has resulted in a brilliantly diverse following of dancers and drinkers.