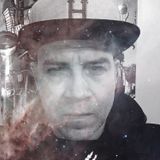 Never miss another
show from Easyrider

The Sound of Breakbeat Garage 2001
by Easyrider

#tracklist to be added...

Easyrider is a drum and bass DJ and Producer from Minneapolis Minnesota. Paul first came to be known via the infamous Jungle Vibe Collective as both a DJ and promoter throwing legendary garage and jungle raves in the upper midwest as well as a Konkrete Jungle Minneapolis residency for 9 years in the legendary First Avenue Nightclub. His profile has been further raised recently as he has become recognized as a ranking stateside DJ and producer representing the new breed of upfront, dancefloor-driven jump-up drum and bass. Under various aliases and projects, he has released music on Alliance Recordings, Futra, DNB Guild, Breaking Audio and EUR with more of his own production output dropping in the future.