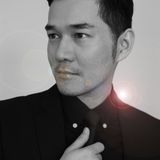 Rising from the Decadence HK, without a doubt, David S is now one of the most popular house DJs in Asia. On top of the regular guest for night clubs in his home base Taiwan, David has spun 4 times each at Nation and AgeHa Tokyo, plus touring around Shanghai, Beijing, Seoul, Hong Kong, Bangkok, Singapore, Kuala Lumpur, and Manila. In 2006, David also conquered North America in San Francisco at Mezzanine, Dragon, & The End Up, which led him to Miami Winter Party in 2007. Not only you can dance with his live performance, but also you can bring him home with his best selling studio works “Nation.04”, “Housequake!!!”, and “Catwalk”, which guarantee to bring you a wicked house favor from old school, electro to techno killer. Currently David is the prima DJ for HX production HK, and resident DJ for In House, and Room18 (18 Lover).