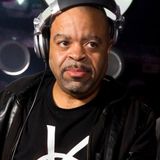 Never miss another
show from Craig Alexander(Craig N Them)

Special Edition Mix for SE
by Craig Alexander(Craig N Them)

My Muse
by Craig Alexander(Craig N Them)

Craig Alexander has been a staple in Chicago House Music for 35 years. His love for the music began in the early 80s when he attended The Muzic Box where he heard the Legendary Ron Hardy play for the first time. Listening to Ron helped him develop a style all his own that has rocked dance floors all over the world. Initially starting out as a promoter doing parties at the Legendary AKA's with Ron Hardy he quickly began manning the decks as a opener for his parties as more people caught his sets he began to get offered headlining sets. He's played alongside everyone from Glenn Underground, Paul Johnson & Dj Rush to Lil Louis and Thomas Bangalter(Daft Punk).His musical journey has taken him to several places including France, Switzerland, & Germany to name a few. He is relaunching Oblique Records Digital in 2012. For Bookings: obliquerecords@gmail.com Contact:www.facebook.com/djcraigalexander or www.facebook.com/craigalexanderII