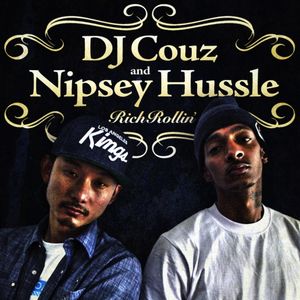 Nipsey and I released this official mixtape for Japan project 2011. He gave me a couple of WORLD PREMIERE records and we did a new record on the beats I and @onodub made. The thing that I was most glad about is Nipsey said this was BEST mixtape on an interview. Thanks Nip🙏. I really appreciate that we did this project together.

I never use losing someone for money. That’s why I have never released tribute mixtape after he/she had passed away. But I upload this because this was made with Nipsey, and he must have wanted as many people as possible to hear his songs when we did this project.

This project was CD format and there are only few left in stock. But I don’t re-press it. I want as many people as possible to hear his songs. If you like his songs, or remember your favorite his songs, get his CDs at his store @themarathonstore stream, or download from iTunes, etc.