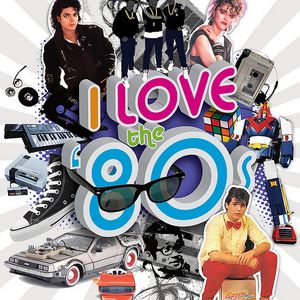 Kool & The Gang, The Emotions, Cheryl Lynn, Love, The Brothers Johnson and more.

This show was 42nd in the global pop chart.

The decade saw great socioeconomic change due to advances in technology and a worldwide move away from planned economies and towards laissez-faire capitalism. Many economists at the very least agree that the changing global economic trends of the 1980s can be somewhat attributed to the "Reagan Boom", which, in the 1980s was a record setting era that produced more jobs and more economic expansion than any other time in U.S. history.
As economic liberalization increased in the developed world, multiple multinational corporations associated with the manufacturing industry relocated into Thailand, Mexico, South Korea, Taiwan, and China. Japan and West Germany saw large economic growth during this decade. The AIDS epidemic became recognized in the 1980s and has since killed an estimated 39 million people (as of 2013).[1] Global warming became well known to the scientific and political community in the 1980s.

Thank you everyone enjoy

I found some DJ

, you have any cover girls, expose, Stevie B, lisa lisa ?