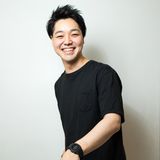 DJ BUSTA-ROW starts his career in 2008.
In 2013, his many achievements got eye on a No.1 club
"V2 TOKYO" in Roppongi,
Japan and starts his new career as a Resident DJ.
In 2015, He signed up as a Sound Producer.
He got first place at Miller Sound Clash 2015 Japan Final and played as representative of Japan at world final competition in Las Vegas, which hosted by Miller Genuine Draft.
Next year in 2016,
he has performed in the one of the world’s most famous dance musical festival “ULTRA KOREA””SPECTRUM DANCE FESTIVAL” and was also invited to ”Privilege”, registered as the world’s largest club by the Guinness Book of Records, located at the center of club music Ibiza Island, Spain. In the same year, for the first time, he had produced the total mix and remix for V2 TOKYO official MIX CD.his second appearance to the world
He has been played with many of world wide DJ that has been ranked
in the DJ Mag such as Afrojack ,The Chainsmokers and so on.