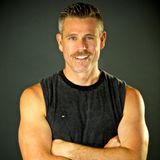 DJ Blacklow (Jeremy Blacklow) grew up with the house music of NYC in the '90s. From the age of 18, the beats & melodies of Junior Vasquez, Danny Tenaglia, Victor Calderone, and the late Peter Rauhofer opened his ears to the sounds that still influence him today. Living in Los Angeles since 2004, Blacklow finally listened to the advice of friends and took his love of music to the next level. He began spinning live for friends in 2010, and started to play bars, clubs & events throughout Southern California in 2011.

Blacklow's sound is a mixture of progressive house, tribal, circuit, and pop ... He blends the old and the new together seamlessly in his sets to create a dance floor journey that combines nostalgia with the contemporary.