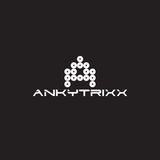 Never miss another
show from ANKYTRIXX 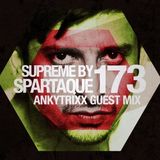 ANKYTRIXX stands unmatched in his takeover of the electronic dance music landscape of India, not only has he earned affection and love from his fans, he storms every dance floor with his signature music magic and fabulous stage persona, recording on an average of 150 gigs annually for the last 2 years all around the globe, along with a couple of Techno releases *No Control* & *MayDay*, the latter broke into the top 50 Techno Tunes on Beatport back in 2014.

European summer Residencies, a string of releases on some of most prominent underground music labels & his own curation, a 3 Day Underground Music Festival in Goa *Ctrl Alt Dance*...., the list goes on.