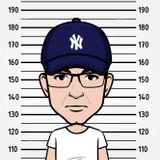 DJ J.G.C grew up listening to music in the 80's. He loved to listen to radio shows on Saturday nights, such as Jovem Pan 2 FM, Transamérica FM and Bandeirantes FM. To a certain extent, he decided to deepen his interest in music, where his main influences were Hits that rocked the clubs in the 80s and 90s. The first disc jockey influence was Tim Simenon (UK) - Bomb The Bass project, DJ Iraí Campos, DJ Cuca, Dj Malboro and others. Until he began to study the subject in depth and decided to participate in the DJ Mix program of Radio Live Mix (Brazil) with a dj-set, where he was awarded a high score by the evaluation committee. After that, he went through the radio stations Dancebandada (Romania), More Bass (United States) and House Beats Radio Station (United Kingdom). His musical influences range from old school, house to dance pop.