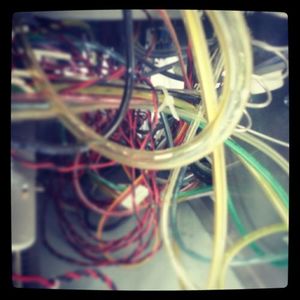 Versatility is the key, so about a year ago I decided the time was right for something new. As I had changed over the years - starting straight as a Drum & Bass DJ, expanding to Dubstep, Bass Music & Electronica later on and ending up mixing House and Techno as well - I thought it might be a good thing to record a mix which is compiled absolutely free - no Genre- or BPM-restrictions, no rules at all. The aim was to show people, that a combination of different sounds, no matter if it's 170 or 130 BPM, no matter if it's Juke, Electronica or Dubstep, can work out well..