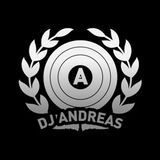 DJ Andreas has been tracing dance music since 90’s, he became interested in DJing near 1998. Since 2002 he has been working with sound professionally (in radio) and in 2004 became engaged to DJing.

He is trying not to copy anything from anybody and be original.

He works as a programmer and graphic designer.