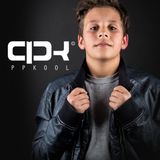 Born on 27 March 2003 in Viseu now lives in Castro Daire, Portugal . He is a hard working student and methodical worker with excellent academic results. Entered the world of music learning guitar and piano, always with the aim of electronic music production. In 2014 has performed in numerous festivals, including: Beck Fest (warm up the Boss AC), Saint Peter celebrations of Castro Daire and Oliveira de Frades, where he closed the night after the performance of one of the best Portuguese djs, Carlos Manaça, Viseu Academic Week, where he became the youngest dJ ever, with only 11 years. In Jully 2014 he began his training in electronic music production, with the Producer João Carvalho dj Deepblue supervision. He´s one of the world Younger Djs and electronic dance music producers. which he has already completed successfully and has even produced some original songs, making him one of the youngest Djs producers all over the world ... www.ppkool.com