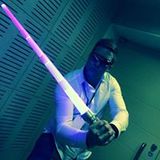 Never miss another
show from OlliS

Growing in a very musical family and being predisposed to various kind of music since a little kid has probably been the key factor of what OlliS is today. Over ten years of playing the piano and studying the theory of music has educated him an ability to create something memorable and musically touching when performing as a DJ.

A bi-monthly residency at Frisky Radio with a success show ‘Aurea Mediocritas’ has been 'on air' already for over ten years. It was one of the first show's in the radio and has been one of the most popular ones ever since.

Also a six year career at Finnish Radio One, YleX, which ended at the end of 2010, has left an unforgettable touch into Finnish electronic music scene as it is now. OlliS represents an integral perspective of progressive house music, a style that is built on strong bass lines, epic melodies and a groovy rhythm.