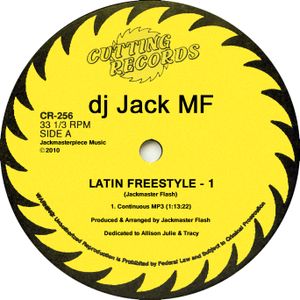 Allison S calls me up and asks me if I have any Latin Hip Hop or Freestyle. I said of course! She tells me there's a Latin Freestyle Party in the Boston Area on Wednesday, December 29, 2010. She thought it would be a good idea if I threw a CD together for her to pass out at the party. Unfortunately the "plan" to do this was made on the 21st during a Lunar Eclipse. Consequently everything went wrong and I could not start until the 28th; too late to mail her the CDs on time. It's midnight and I'm posting it on-line as two continuous MP3s. Is there still a chance that my CDs will be passed out tomorrow night???