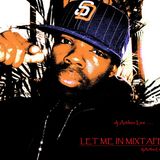 Dj Arther Lee started his career on his Dads belt drivin' Technique and a Planet Rock 12 inch. This was around the time Fresh Prince and Jazzy Jeff dropped Parents Just Don't Understand. High School came and he met Dj Rek who hooked him up with his first pair of tables. Arther Lee studied under a few local dj's and his mentor Dj Sir Knight. Shannon Bell managed and arranged his first house party. After that it was ON!

Arther Lee is just a dude who loves to mix music. He got his start in Oceanside, Ca and managed to take his mixing skills to a few places around the globe. You can currently catch him in various spots around Europe. Arther Lee loves mixing it up with rock and pop songs here and there . . . it all depends on the crowd. He likes to keep the crowd on their toes. Enjoy the ride because this guy loves curve balls.