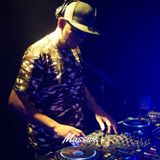 Gravity - The Home of Hardcore - An Audio Documentary
by Pandoras_BoxReposted

Born into the conflict of Central America, Dj Jools moved to Perth Australia in the early 90's. He was introduced to Hardcore Techno by a school friend and attended his first rave, and instantly fell for the lure for the sound of Jungle. Jools is often seen playing at various Perth events & radio shows representing the sounds of House, Electro, Techno, Trance, Hard House, Rave, Hardcore. With a large influence from the sounds of Jungle you will often find Dj Jools mixing up the sounds of Old Skool, Dubstep, Breaks and Drum & Bass. 2016 saw Dj Jools hitting the studio producing some big sounds of Drum & Bass on a Jungle tip, the High Rolling EP on Little Rascal Records. He has then gone on to produce his second EP on the label, and appears on Rolling Rascals Volume 1, a drum and bass compilation on LR Records. He will see his decade end with a Techno EP on Global Music Records. Dj Jools with a passion for supplying the cutting edge sounds of dance music.