The Smell of Shame: How Deodorant Became Omnipresent in America

by Distillations: Stories of Scie
15:43 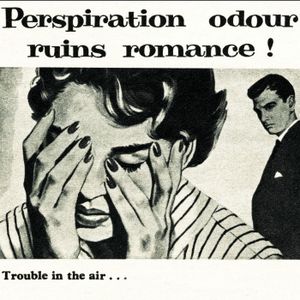 The Smell of Shame: How Deodorant Became Omnipresent in Americaby Distillations: Stories of Scie

For as long as humans have been around they’ve worried about their smell. “That’s why we’ve had perfumes for as long as we’ve had people,” says Cari Casteel, a CHF research fellow studying the history of deodorant. Today most Americans don’t give a second thought to using deodorant. In fact, some 90% of the population slathers the stuff on. But in the late 19th and early 20th centuries deodorants and antiperspirants were new, and their makers had to convince potential customers (all women) that perfumes alone weren’t cutting it and that their body odor and perspiration were unacceptable. They did so by preying on women’s insecurities, an approach later used successfully on men. In this episode we explore some of the funny, disturbing, sexist, and quirky advertisements from deodorant’s history and discover that today’s commercials are strangely similar to those of the past. Show Clock 00:01 Intro 01:20 Odorono ad  03:57 The history and science of deodorant   09:55 Old ads vs. new ads

More from Distillations: Stories of Scie