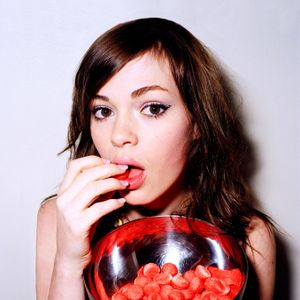 Uffie played a super special one off gig in Leeds at The Nation of Shopkeepers to celebrate the launch of her new line of clothes for Diesel. She has just released her long awaited debut album Sex, Dreams and Denim Jeans and features as one of the 10 artists chosen to celebrate Diesel U Music's 10th Anniversary with her very own fanzine. Also joining the party was one half of Carte Blanche - Henry Riton as well as Casper C and The Magician.