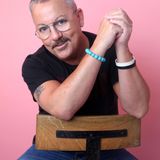 Supernature 15th May 2021
by Reform RadioReposted

*FOR BOOKINGS PLEASE CONTACT*
ilexrob@yahoo.co.uk
Rob's sets cover house, tech house, disco, pop & everything in between. Basically if it "moves" a dance floor he will play it – there are no boundaries!
He is part of the Supernature collective and plays at their parties in Manchester and beyond.
He runs/promotes his own successful night called Your Disco Needs You since Feb 2017 (3rd Saturday Bi-Monthly).
His up for it sets has ensured he regularly guests for Qwerk in Manchester and has also seen Rob play @ Eden Festival up in Scotland, Bluedot & Henley Festivals.
In 2015 he made his radio debut on RejuveRadio & is now co-host on the award winning Reform Radio alongside the Supernature Collective with their own show, which has been running since December 2017. He is also resident guest DJ on Triple Dee Radio Show and has also appeared as a guest on Midnight Riot Radio too.