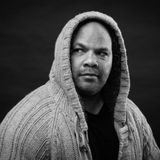 Chris Clark better known as DEEP C worldwide, started his love affair with music in 1979 at only 7 years old. It took Deep on a path to producing several hit releases with Wamdue and Tigerhook Corp., and around the globe holding residencies at the best clubs in the world.
His illustrious DJ career started in 1990 in Detroit, later moving to Atlanta where he would go on to meet co-founders of the Wamdue Kids, Chris Brann and Chris Udoh in 1993. Wamdue and later, Tigerhook would go on a globetrotting, 8 year run, dropping over 100 releases, that would lead DEEP C to his epic international and national residencies at FABRIC (London, England), Smart Bar (Chicago), KGB-Mission (Miami), Nomenclature (Atlanta), Viper Room (L.A.), and Tresor (Berlin, Germany), as well as the top festivals in the world. In Philadelphia, Chris is the entertainment director of Bodega, Host of Keepers Of The Deep Radio Show and founder of Bodega Soundworks. Bookings: www.connectbookings.com