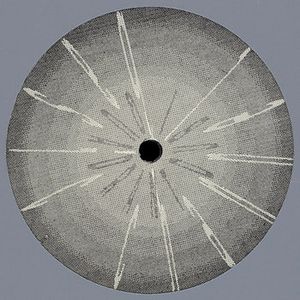 Moritz von Oswald (born in Berlin - 1962), who was one half of both Basic Channel and Maurizio, is a German multi-instrumentalist who went on to become one of the most influential record producers of techno music in the 1990s.
In the 1980s, he was percussionist for Palais Schaumburg and Associates, but moved into electronic music by the late 1980s. He did this first in 2MB and 3MB (with Thomas Fehlmann), and later he co-founded the Basic Channel label with Mark Ernestus, whose various releases came to epitomize minimal techno. As part of the Berlin/Detroit axis, Basic Channel characterized minimal techno along with other artists like Robert Hood, Jeff Mills, Mike Banks, and UR. Living in Berlin. His work with Mark Ernestus as Rhythm & Sound fused his interests in dub reggae and techno, where Jamaican vocalists sing or speak over stripped down techno beats and bass.
Far from the "hype", this guy was a pioneer and his production still time less !