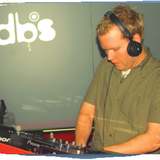 Never miss another
show from dbs

dbs is an illustrious hard trance wunderkind from Australia, who has been pushing the style in his native country for over a decade.

As a producer, he has been diligently working in the studio, with his début release 'Let It Hit Em' (a collaboration with fellow Australian Yoshi) and his re-do of the classic German Trance tune 'Follow Me' gathering huge DJ support around the globe, receiving key reviews in UK magazine Mixmag, and having DJ support from the likes of Judge Jules, Uberdruck, Fausto, Luca Antolini, Shock:Force, Bexta, XDream, Josh Lang and Busho just to name some.

This has led to both the tracks entering the top 10 of the hard trance, german trance, hard dance & tech dance charts on the leading digital store Trackitdown.
The production success started with dbs winning the remix competition for 'Make It Phunkee' by Bexta, which is forthcoming on Implosion digital, and tracks and remixes scheduled on Digitally Infected, Contact, Friction & Dirty Stop Outs.